One morning last year, I looked at the mirror while getting out of the shower and noticed that my breasts were bigger. Holy crap! Wait, maybe it’s the light here in the bathroom that inspires wild hope. So I went to put on a bra… The bra was tight. Holy crap again! Bras don’t lie: my boobs are bigger! Was I surprised? Nope. That wasn’t a coincidence. That was the expected result of a deliberate plan for breast enlargement. 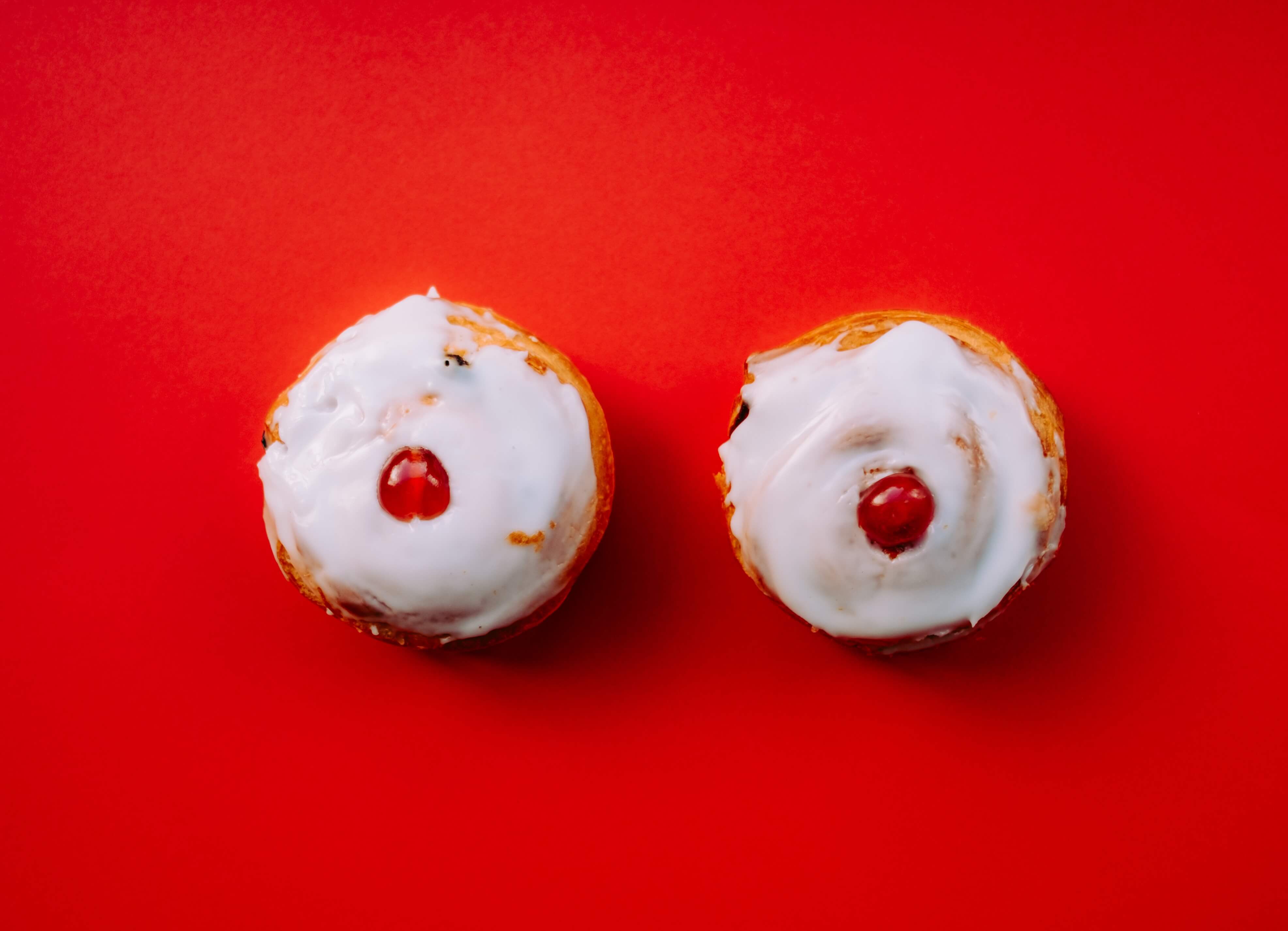 I had been massaging my boobs with bottom-to-top circular movements for a year and a half. That was to improve the circulation in that area, which supposedly would have led to the desired breast enlargement. It’s a technique I learned from YouTube. (…same kind of last resort a friend of mine used when she stood upside-down on her bed for five minutes every day to make her hair grow faster…) For almost eighteen months, every day, I did thirty circular movements using shower gel under the shower and then even more circular movements afterwards with the help of body lotion. Depending on the body lotion I was using, I noticed it took about fifty to seventy circular movements for absorption. It was exhausting but I meticulously followed through for eighteen months, even when frustration crept in because the only thing that got bigger were my biceps. Finally, that morning I had proof that you can conquer anything if you have the right strategy, are determined, and work hard every single day. Once again, Benjamin Franklin’s pragmatic work ethic was on point.

This belief was jolted when I joined a gym at the end of the summer. In Germany, showers are not separate and consist of a single large room where ten women shower at the same time. How could I do thirty bottom-to-top circular movements around my boobs without looking like a total weirdo? Even worse: what about in the changing-room where I needed at least fifty of them with body lotion? It’s hard to admit, but even a Queen of Consistency like me fell off the wagon of circular movements soon after getting the gym membership. I never hopped back on it, not even when I was showering at home. I was ready to say goodbye to the awesome feeling of having a tight bra, when I realised that my bra was still tight… from time to time. In those times, my breast would hurt a little too. And I would cry whenever I saw a dog on my daily five-minute stroll in the park. 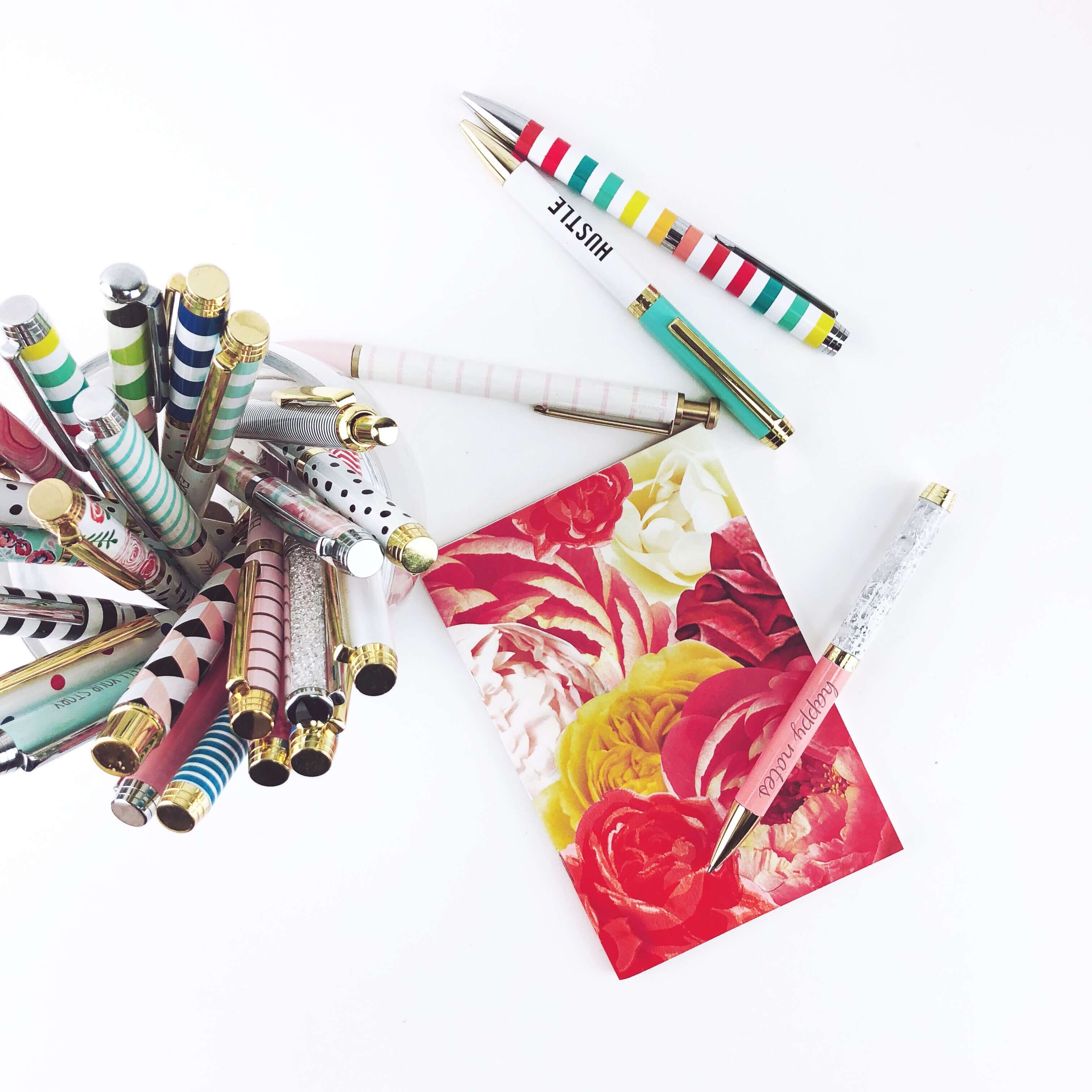 Oh my God, that is PMS! All this crap that’s happening to me is nothing but PMS. This isn’t some crazy phenomenon, but rather the symptoms everybody talks and complains about, only I didn’t get them until my late-twenties. So breast enlargement isn’t under my control. It isn’t the expected result of a plan executed with consistence and perseverance. Instead, it’s a mere byproduct of my period. It comes and goes. Karma, karma, karma, karma, karma chameleon. You come and go, you come and go.

At first I was feeling like a fraud: I could no longer say that I had big boobs. Even if during those ten days a month of PMS I do have big boobs. What makes my bra tight is just an injection of hormones taking a stroll inside my body. It’s so artificial, like gel manicure with glitter and stickers. So I’m not entitled to it. Gosh, Imposter Syndrome… creeping in again. Wait a minute: just because I did nothing to deserve it, does that mean I can’t enjoy it?!

Headaches, fatigue, bloating, cramps, mild depression, angry outbursts against my boyfriend on the phone, me crying whenever I see a dog… are all these symptoms artificial too? We don’t deserve PMS and aren’t entitled to it either. It’s simply part of being a woman. Why is it that I struggle so much to accept this single.positive.side.effect then? Why do I believe that positive results must be earned through hard work and hustle, otherwise they’re worth nothing? This way of living and working is too cumbersome sometimes. And, for today at least, enough is enough.

A note to Benjamin Franklin: that evening (when I noticed the enhancement) I wore the deepest v-neck top I had in my closet and called a friend: “I have big boobs, let’s go out tonight!”

Now I’d love to hear your experience. Not necessarily with PMS (even though you’re welcome to do so) but with struggling to accept things that you didn’t work for. What did you do? Were you able to accept it in the end? Let me know in the comments below and if you want more quirky blog posts don’t forget to subscribe to the Breaking Thirty Newsletter with the form below.